Nothing at the interface between architecture and sculpture.
Simple, pure and elementary composition of two pavilion buildings situated on a vast plot creates a harmonious concept between the pool pavilion, the existing family house object and beautiful sculpture garden. From the investor request to create a "big NOTHING", elegant functional sculptures are created. They are impressively incorporated into the landscape and the greenery, mirroring its surroundings, as if asking a fairytale like familiar question. But the answer is clear and can be seen from every point of view - from the atmosphere of the environment, the whole architecture, the material solution and every detail of the building. Over all there is in particular a sense of the creators 'and investors' attitude - they approach their environment and its creation with emotion, relationship and professionalism, which is the cornerstone of the success of this type of architecture. Throughout all the work, starting from fulfilling the investor’s request, the urban concept up to the layout not mentioning the detail, a continues idea of simplicity and elegance pursuing a specific goal without hesitation, is passing through. Nice. Congratulations to both the investor and the architects.

On this occasion I asked the author's team leader a few questions:

Norbert Šmondrk: The emergence of this architecture was apparently provoked by development intervention into the immediate surroundings of the property, with the existing family house of the investor, which is really very "developery". I think that for people who like their environment, garden and art, it must have been a depressing feeling of helplessness, the collapse of their ideas about their private environment and housing. Therefore, they asked you to build what you initially called "big nothing". I used your slogan rather as a tabloid teaser, and suddenly out of nowhere good architecture emerged. Pretty nice "nothing" I would say, and I think you're happy about it.

Kalin Cakov: From the very beginning we had good understanding of what the investor is trying to accomplish. An aperture, a curtain, just something that will give him privacy from the new, though unsuspecting, neighbors. But how? How to give to this curtain as well a sense, functionality and usability while not creating more damage? What kind of material, what form and shape it should have? We have analyzed all this in the studio for a long time and each time we came to the same conclusion: not this way, not like that ... We better do NOTHING. And then it all came together – let’s create a NOTHING there. We started to create the whole concept very quickly. The levitating mirror cuboid was supposed to float in the park greenery above the existing pool pavilion. Levitating? Well, try to tell that to the structural engineer ... Even though he did a great job with this task, he left us a few pillars there. Mirror cuboid? Try to present it to the investor - there is something there, but it is just a reflection ... The work in the studio was very creative and, of course, we enjoyed the final result. We have already moved to the field of engineering detail - so that everything is perfect, and the concept is finalized. NŠ: The readability and simplicity of the layout and the reasons for the urban composition are so clear that I do not even know what topic I would like to open, but what caught my attention is that the investor accepted and adopted such kind of pavilion-like building. Even from the solution of the original family house, where the pool was in a separate object, it is clear that it probably suited him, this kind of building, and he already accepted it in the past. Nevertheless, today is the time when everyone wants to go to work with a “dry foot” in the morning, then to a shopping center and end up in the living room, ideally barrier-free. Pavilions are somewhat "archaism" not so much in terms of architecture, as in the way of our lifestyle. I personally like this kind of buildings; I am its user and sympathizer at the same time. I feel that it gives a prerequisite to create a more complex environment with a more intimate scale and structure, allowing to perceive and engage the exterior and the surrounding environment more intensely, becoming its active part. For me personally, that is very important, and this project is a good example of that.

KC: I think it is because of the beautiful park that the owners have created over the years. At the same time, a swimming pool pavilion, a home office on the terrace, a garage pavilion, a levitating loft, etc. were added. Why should I watch the sculptures placed in the park through the curtains? If we do not present to people the possibilities and ideas of how they can live, who will do then? It is our mission to seek new concepts, sometimes archaic, and to restore their current meaning. 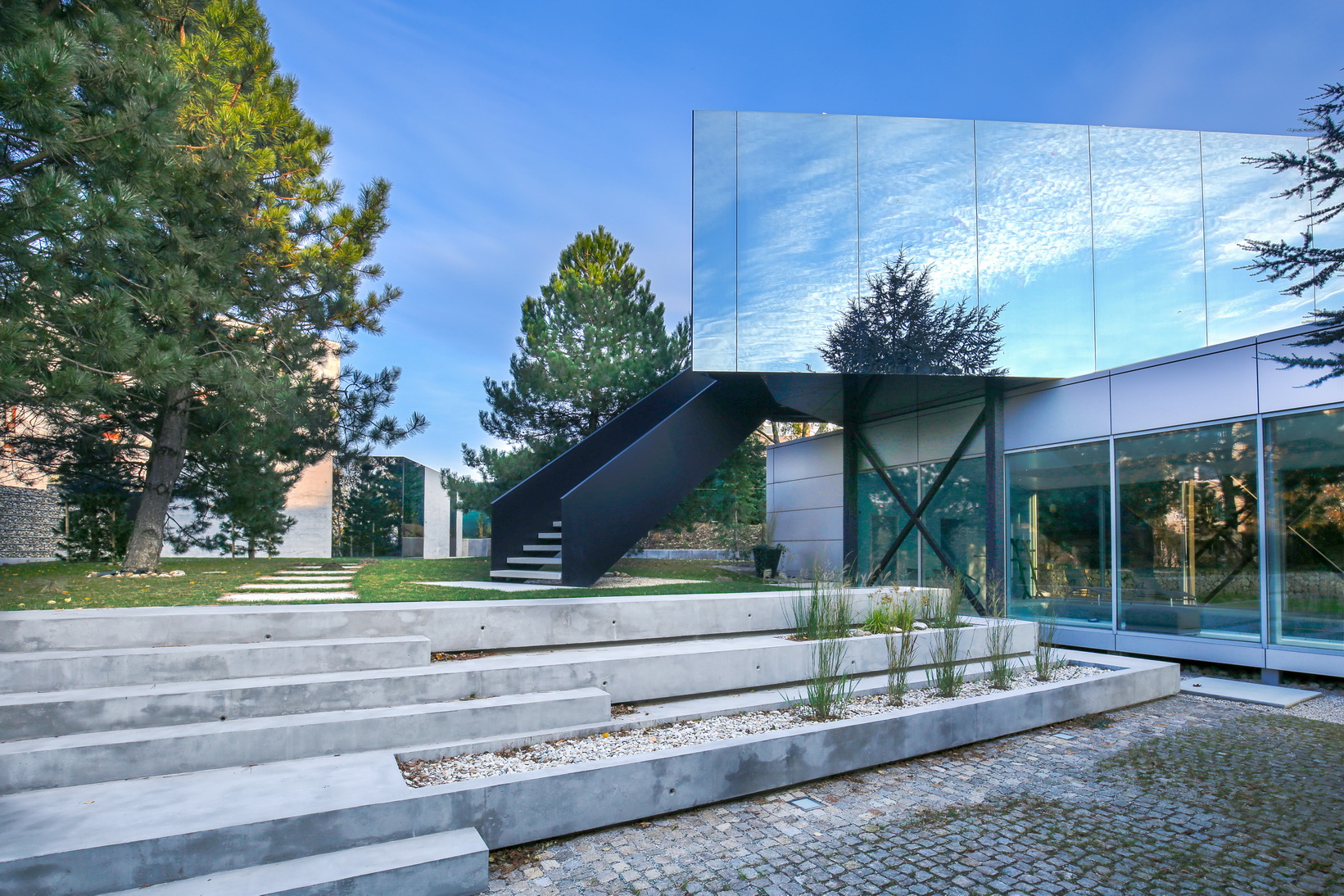 NŠ: I think we all know that, but little is said about it: good architecture is not just the result of the work of a good architect, but also of an enlightened, large-minded and perceptive investor who trusts the architect. The beauty of our work, of course, lays, among other things, in the search for and recognition of such people, but they are few. With every incoming assignment, there comes the expectations of architects. But the number of good architects is much more than good investors. I think there's no doubt here that you have found each other and created a work of art together that you are both happy about. What more can you wish for?

KC: NOTHING, we can't wish for nothing more. The understanding and symphony of opinions that culminated in a joint project is the greatest satisfaction that could have arisen in this case. Together we created a utility mirror statue in a park that has its meaning and benefits not only for the investor, but also for the users of the newly created Urban Zone. We are not talking enough to the investors. We often just listen and fulfill their local programs without trying to develop a dialogue and to lead them. To change their point of view and bring them to a different path. Often it is an arguing duel that is tedious but essential for any architect. Where dialogue arises, there is hope for a successful project. We cannot say that there are many good architects and less good investors. If they do not conduct dialogue, both sides fail.
Norbert Šmondrk 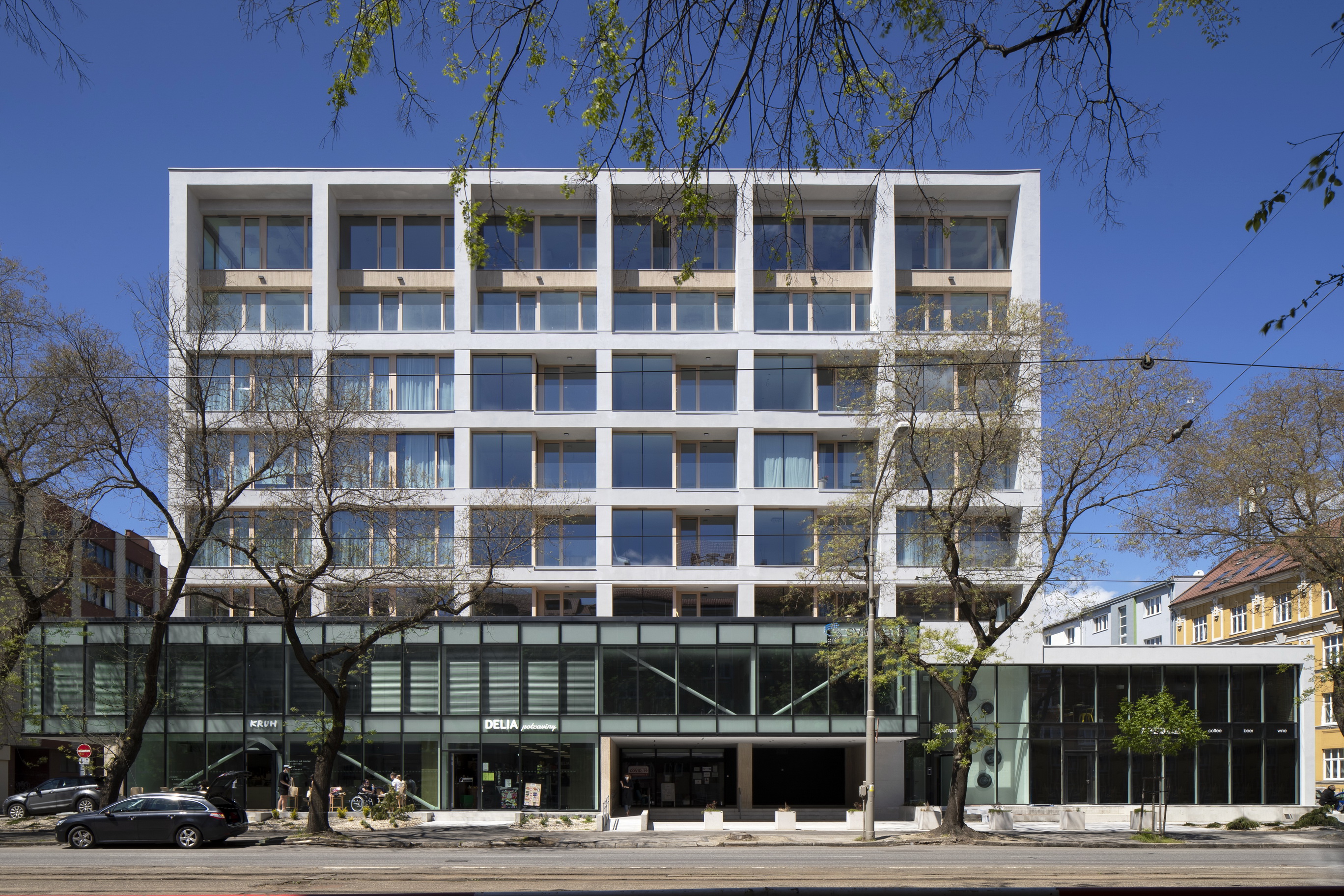 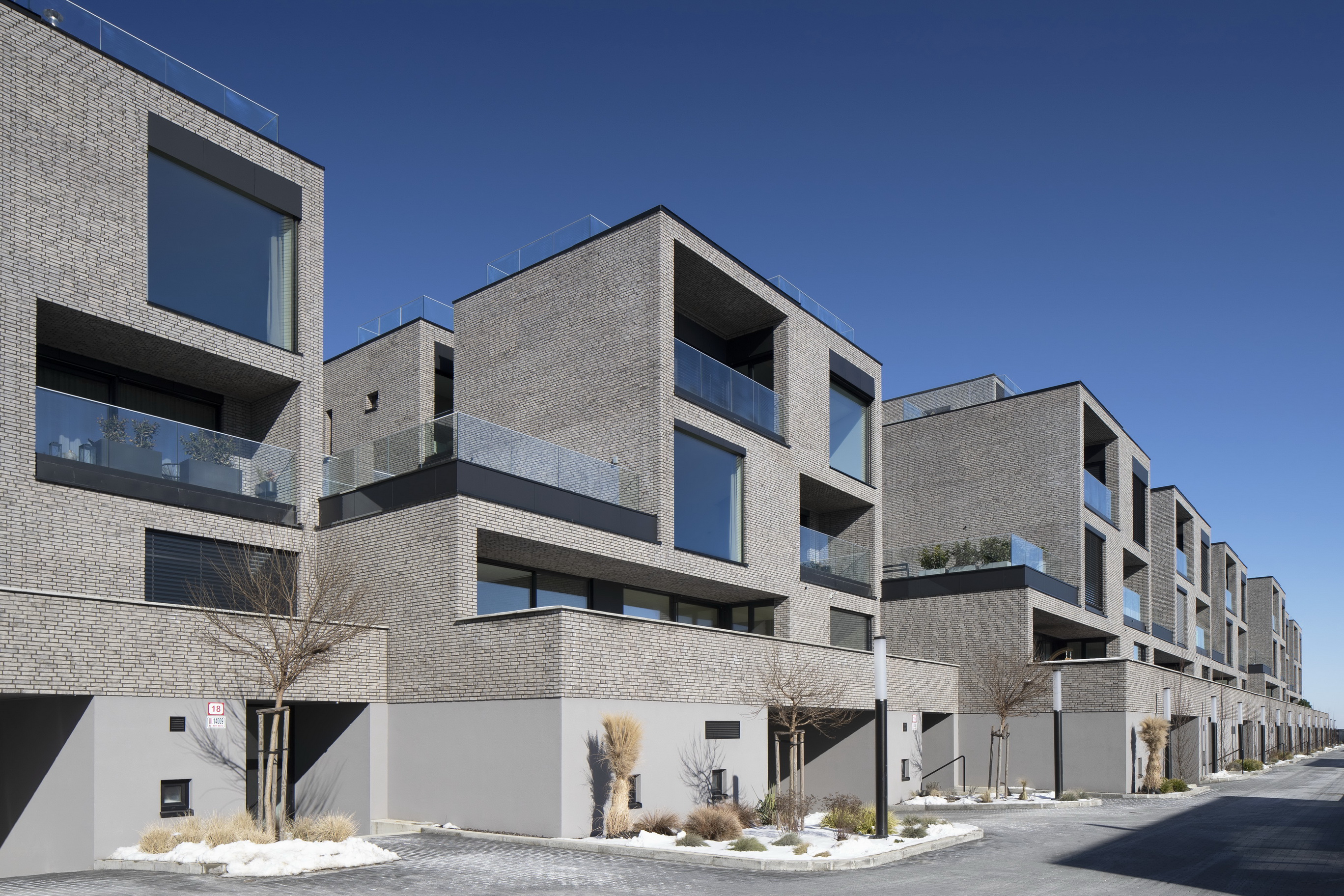 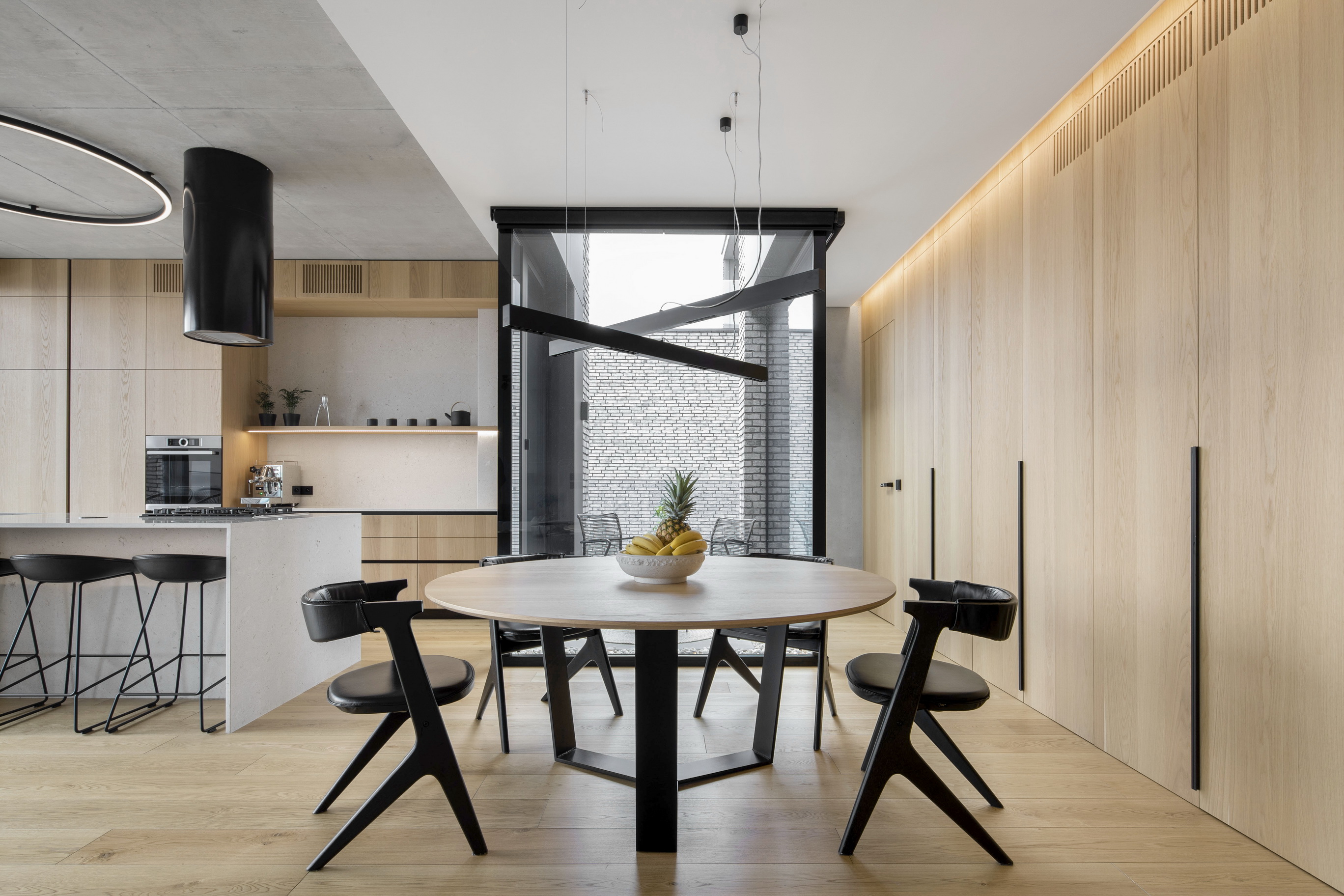